Yesterday I went shopping.  Or rather, I went sleuthing. 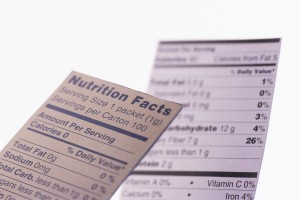 There’s a lot of buzz about obesity of late, and it appears that sugar is what’s got health experts on fire.  Sugary beverages are on the firing line as a major contributor to the epidemic of obesity, and no doubt, they have an impact on health.

Some would say that it’s an individual’s choice to either drink their calories, and we are obligated to exercise our “personal responsibility” when choosing foods and beverages.  No contest there…we do have choice, we can choose to purchase soda and sugared ‘fruit juices’ and punch, or not.

But choice is a relative term, and most people aren’t aware of how choices are influenced by marketing and media campaigns.  Back in 2005, Consumer’s Union released a report that  said that food, beverage, candy, and restaurant advertising expenditures weigh in at $11.26 billion in 2004, versus $9.55 million to promote healthful eating, specifically, the federal 5-A-Day plan, to promote fruits and vegetables.

In 2009 the American Heart Association reported that the soft drinks and sugar sweetened beverages are the largest contributor of added sugars in Americans’ diets. Added sugars are sugars and syrups added to foods during processing or preparation and sugars and syrups added at the table. Excessive intake of added sugars, as opposed to naturally occurring sugars, is implicated in the rise in obesity, and the AHA adds that no more than half of a person’s daily discretionary calorie allowance should come from added sugars.

Television, print advertising, radio, and billboards all encourage us to overeat.  So it’s nearly impossible to not be influenced by our environment—it’s almost unavoidable.

Be on the lookout for those marketing terms that sound healthy, but are meaningless, like ‘juice drink’, or ‘fruit beverage’.  If the first ingredient is water, then it’s likely to contain artificial colors, flavors, and sugar, in a number of different forms, such as plain old sugar, corn syrup, or other.