Type 2 diabetes is a serious health concern in the United States and across the globe. New research shows that a high consumption of legumes significantly reduces the risk of developing the disease.

A new study suggests that a high consumption of legumes can reduce the risk of type 2 diabetes by 35 percent.

The legume family consists of plants such as alfalfa, clover, peas, peanuts, soybeans, chickpeas, lentils, and various types of beans.

As a food group, they are believed to be particularly nutritious and healthful. One of the reasons for this is that they contain a high level of B vitamins, which help the body to make energy and regulate its metabolism.

Additionally, legumes are high in fiber and contain minerals such as calcium , magnesium, andpotassium. They also comprise a variety of so-called phytochemicals – bioactive compounds that further improve the body’s metabolism and have been suggested to protect against heart disease and diabetes.

Finally, legumes are also considered to be a “low glycemic index food,” which means that blood sugar levels increase very slowly after they are consumed.

To make people aware of the many health benefits of legumes, the year 2016 has been declared theInternational Year of Pulses by the Food and Agriculture Organization of the United Nations. Pulses are a subgroup of legumes.

Because of their various health benefits, it has been suggested that legumes protect against the onset oftype 2 diabetes – a serious illness that affects around 29 million people in the U.S. and more than 400 million adults worldwide. However, little research has been carried out to test this hypothesis.

Therefore, researchers from the Unit of Human Nutrition at the Universitat Rovira i Virgili in Tarragona, Spain, together with other investigators from the Prevención con Dieta Mediterránea (PREDIMED) study, set out to investigate the association between legume consumption and the risk of developing type 2 diabetes in people at an increased risk of cardiovascular disease.

The study also analyzes the effects of substituting foods rich in proteins and carbohydrates with legumes, and the findings were published in the journal Clinical Nutrition.

The team investigated 3,349 participants in the PREDIMED study who did not have type 2 diabetes at the beginning of the study. The researchers collected information on their diets at the start of the study and every year throughout the median follow-up period of 4.3 years.

Using Cox regression models, the researchers analyzed the association between the incidence of type 2 diabetes and the average consumption of legumes such as lentils, chickpeas, dry beans, and fresh peas.

Overall, during the follow-up period, the team identified 266 new cases of type 2 diabetes.

The study revealed that those with a higher intake of legumes were 35 percent less likely to develop type 2 diabetes than their counterparts who consumed a smaller amount of legumes. Of all the legumes studied, lentils had the strongest association with a low risk of type 2 diabetes.

In fact, individuals with a high consumption of lentils (defined as almost one weekly serving) were 33 percent less likely to develop diabetes compared with their low-consumption counterparts – that is, the participants who had less than half a serving per week.

Additionally, the researchers found that replacing half a daily serving of protein- and carbohydrate-rich foods – including bread, eggs, rice, or potatoes – with an equivalent serving of legumes also correlated with a reduced risk of diabetes.

The authors conclude that:

“A frequent consumption of legumes, particularly lentils, in the context of a Mediterranean diet, may provide benefits on type 2 diabetes prevention in older adults at high cardiovascular risk.”

Oh My!  I just love red bananas!  Until I arrived in Cuenca, Ecuador, the only bananas I’d peeled were those long, skinny, yellow ones – how about you?

Now, I’m not one to memorize the genus and species of the fruits on my table, but the red banana has it all over the common yellow one.  Red bananas are shorter but plumper, almost hearty…the flavor sweeter, more 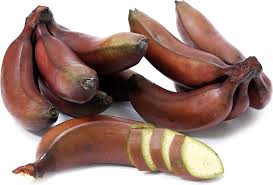 According to Wiki, in Ecuador red bananas are known as Platano colorado or Plátano rosado.

All bananas are nutritionally fabulous – they’re high in potassium and soluble fiber, making them heart-healthy. 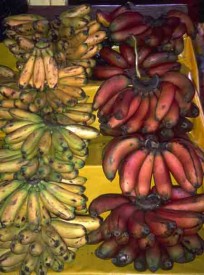 And although they contain about 14 grams of total (not added) sugar, their glycemic index is relatively low – this is attributed to the fiber plus the fruit is rich in pectin.  Pectin helps blunt the natural sugar’s impact on blood glucose levels, so eating rich bananas aren’t off limits to people with diabetes.  Plus pectin is good for digestion.  Read more about the nutritional benefits of bananas on The World’s Healthiest Foods.

we spied patches of our favorite red ones.  On our way back we bought a bunch from a roadside stand.  Sure, one dollar can buy you 10 – but until you’ve seen them, this statement just is a bunch of words – it doesn’t do it justice.  Each single red banana weighs the equivalent of two – even three yellow bananas.  They’re just big, fat, wonderful fruits. I’m in love 🙂

Back here in Cuenca, we buy red bananas at the 10 de Augusto mercado, on Calle Larga between Tarqui y Padre Aguirre.  Once you’ve had a red, you’ll never go yellow again.

Autism is not just one disease – but as explained in KidsHealth.org, autism is a term used to describe a wide range of developmental disorders – those affected may be born with the disorder, or develop it – early in life. The group of disorders is known as a spectrum – and someone who falls within the spectrum has autism spectrum disorder (ASD). 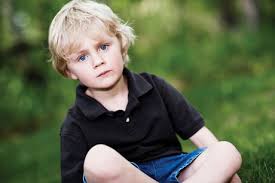 The majority (60%) of those with ASD have intellectual disabilities – they may range from mild to severe. But 40% may have average or even above-average intelligence. The cause of autism is unknown, although there is some evidence of a genetic link, and environmental factors are being studied too.

Lately there’s been a lot of buzz about how diet might impact or worsen symptoms of autism. For example, as reported in The Atlantic, celebrity anti-vaccine advocate Jenny McCarthy claimed that she’d “cured” her son of autism (supposed a result of adolescent vaccinations) with gluten free diet and supplements. But she then admitted that her son never had autism – but refuses to back off the claim that gluten caused his disease and symptoms.

So, gluten is a very popular whipping boy for all kinds of symptoms…not only autism but to cure all sorts of ills, blaming gluten for causing stress, obesity, headaches, and arthritis, just to name a few.

No doubt, some must avoid gluten due to an allergy – or intolerance. But experts say that only about 1 in 100 people have one of the three main clinical problems made worse from eating gluten – the complex of proteins found in wheat, rye and barley.

Celiac disease is an autoimmune disease – if the sufferer eats gluten the small intestine is damaged. A true wheat allergy sufferer will react with what’s similar to a reaction to peanuts or cats – wheezing, hives, and possibly life-threatening anaphylaxis. Gluten intolerance (wheat or gluten sensitivity) is more difficult to define – the other two conditions may be tested for – rather, intolerance is self-reported – people may say they “feel better” without eating foods with gluten – and that may be true – but there are not credible studies to either prove – or disprove the intolerance.

If someone has celiac disease or wheat allergy, there is one “cure” – and that is complete avoidance of any foods that contain gluten – even a small trace can trigger a response. And gluten is present in oh, so many foods! It’s added to sauces, to frozen foods – beer, made from barley, is a no-no…breads, cookies, crackers and cakes…flavored coffees and teas, soups, cereals…even some medications include gluten in their inactive ingredients. Read more here from WebMD.com

Experts in autism note that between 30% and 80% of autistic kids have gastrointestinal symptoms – diarrhea, constipation, bloating, and pain – but the consensus is that there’s more than one reason – it could be due to food allergies, or metabolic abnormalities, nutritional deficiencies or it could be because of overuse of antibiotics that may have been prescribed for respiratory problems or ear infections.

Parents, often desperate to help their kids get better, place them on elimination diets – popular diets include gluten-free, as well as eliminating all casein (dairy). Although there is lots of anecdotal evidence, there are no peer-reviewed studies that confirm this works. In fact, a well-designed, double-blind, placebo-controlled four-month study of 14 preschoolers with autism found that a strict gluten-and-casein-free diet didn’t show any benefits compared to a control diet including gluten and dairy.

That’s not to say that kids with autism wouldn’t benefit from working with a qualified dietitian who specializes in working with kids with autism. Just eliminating entire groups of foods isn’t a good idea – and should work with a professional registered dietitian to avoid creating nutritional deficiencies.  Some research has linked certain food dyes to behavioral disorders so read labels carefully to avoid- read more here.

There is ongoing research that points to improvement by reducing GI symptoms by avoiding refined carbohydrates and including certain beneficial fats and adequate protein. Read more here.

It’s such a pleasure to see people enjoying their fitness into their 70s, 80s, but then there’s Olga, who is in her 90s! Although she’d always been active, it wasn’t until she was in her mid-70s did she begin to compete in track and field and today, at age 94, she’s going strong.  She says, “I don’t want to start a new career: I want to hold on to this one”. Wow.

So what is the secret to her success?  As you’d imagine, instead of one specific thing, it’s a lot of things.  She’s busy, she’s active, she eats well (and not restrictively), and gets a lot of rest.

And she challenges herself to do more – and different activities, and experts link consistent activity, and healthy diets, to longevity.

Take a look at this video on this NY Times blog – it’s short, and inspiring. 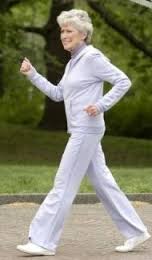 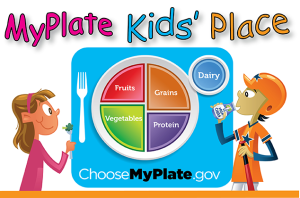